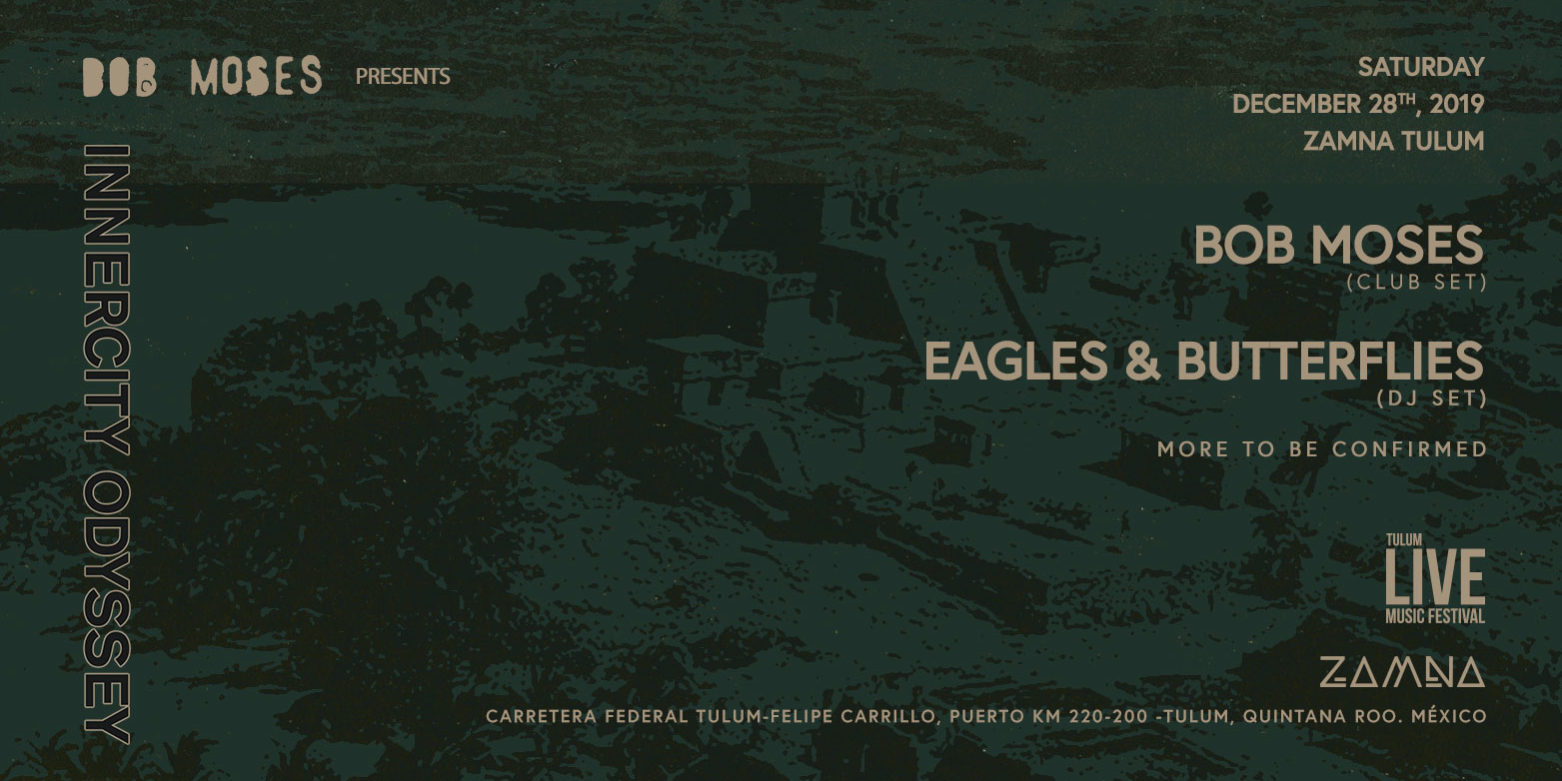 It will take place on 28th of December in Zamna Tulum

Zamna Tulum, the main epicenter of the Latin American electronic music scene, reveals its second confirmation of the series of 6 exclusive parties that will be celebrated between December and January.

At the beginning of this year a new and revolutionary date was born in the Mexican Caribbean: Live Music Festival. Now, only a few months after its successful first edition, Live comes back to Zamna to celebrate its second encounter.

This time the chosen date has been on Saturday, 28th of December, which means that Live is incorporated into Zamna Tulum‘s schedule. A calendar that will have 6 exclusive parties of big showcases among which is Afterlife, whose participation was confirmed a few days ago. Bob Moses and Eagles & Butterflies have been the first revealed artists of the line-up, and there are still important names to be added.

Besides, Live‘s event will have a new fashion and tendencies Street Market created by producers from Quintana Roo with ecologic and recycled fabrics. Of course, there will also be a huge gastronomic offer with a series of exclusive Foodtrucks with Mexican roots.

Live adds the possibility of buying a SUNSET TICKET for 40$ with which the entrance to the club will have to be before 10pm. The first EARLY BIRD tickets are also on sale for 80$.