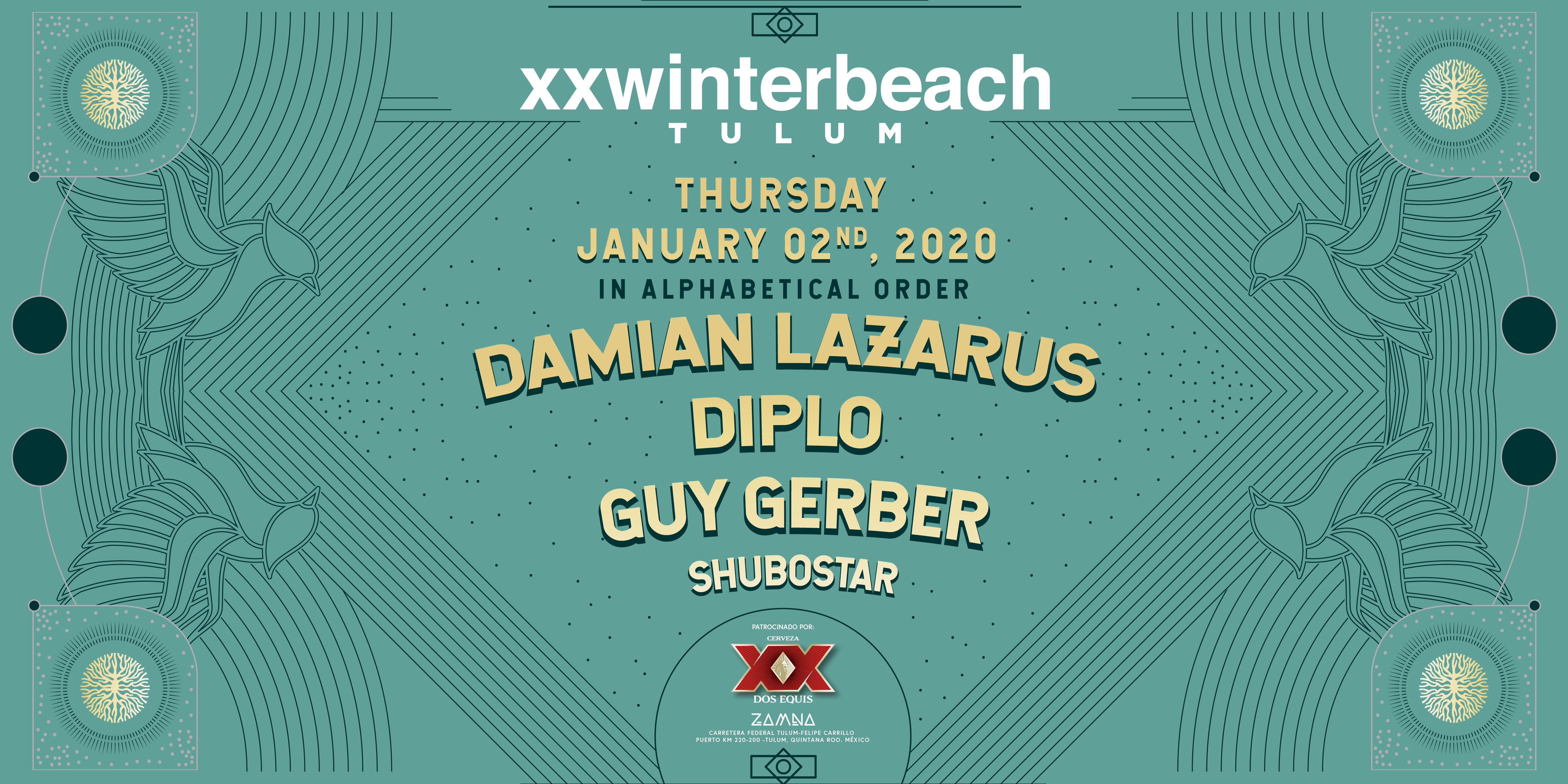 ◈ Paul Kalkbrenner and Agents Of Time are the first confirmed for December 31st, while Diplo and Damian Lazarus and Guy Gerber’s B2B will be taking place on January 2nd.

◈ In the coming weeks the rest of the artists that make up both of the line ups will be announced. Meanwhile the tickets are already on sale from 80$.

Zamna Tulum occupies a privileged place on the international map of spaces dedicated to large electronic music events. This idyllic complex, located in the Mexican jungle, specifically in Quintana Roo, has offered epic musical events to people from all over the globe. This year isn’t going to be any different, as its winter schedule already has 4 top events programmed. Live Music Festival with Bob Moses and Eagles & Butterflies for December 28th and Afterlife with Tale Of Us for January 8th have already been announced, and now celebrations on December 31st and January 2nd have also been added.

Zamna Tulum will say goodbye to 2019 in the hands of one of the most recognisable figures in the international electronic scene, the German artist Paul Kalkbrenner. Known to be in the category of myths due to his star role in the movie Berlin Calling (2008), Paul has delivered a handful of global hits such as Sky & Sand, the main track of the aforementioned feature film. Agents Of Time will be playing with him. The Italian trio are one of the protagonists of Afterlife, both on the record label and at their events in Ibiza. The line up still has signs of growth in the coming weeks.

And if you think the New Years Eve party looks huge, the first Zamna event in 2020 isn’t any different. Damian Lazarus b2b Guy Gerber is emerging into a true musical journey. The owner of the legendary Crosstown Rebels label, evolved to the most suggestive nomadic sounds, joins forces with the owner of the Rumors label and his beats loaded with hypnotic epics. Two musical personalities with so much to contribute to the dance floor that will surely take you on a journey worth living. With them, a less surprising guest, the American Diplo. Thomas Wesley has achieved so much, such as a Grammy nomination, productions for artists such as Madonna, Beyonce, Bruno Mars and Snoop Dogg, duos with Skrillex and Mark Ronson, and of course, the leadership of his group, Major Lazer. A music producer, who isn’t renowned to play in electronic music clubs, but will for sure surprise the audience with his sound. Like the previous event, the line up still has names pending to be announced.

With these two musical events sponsored by Cerveza Dos Equis, Zamna invites you to say goodbye to 2019 and welcome 2020, in two days that promise not to disappoint.