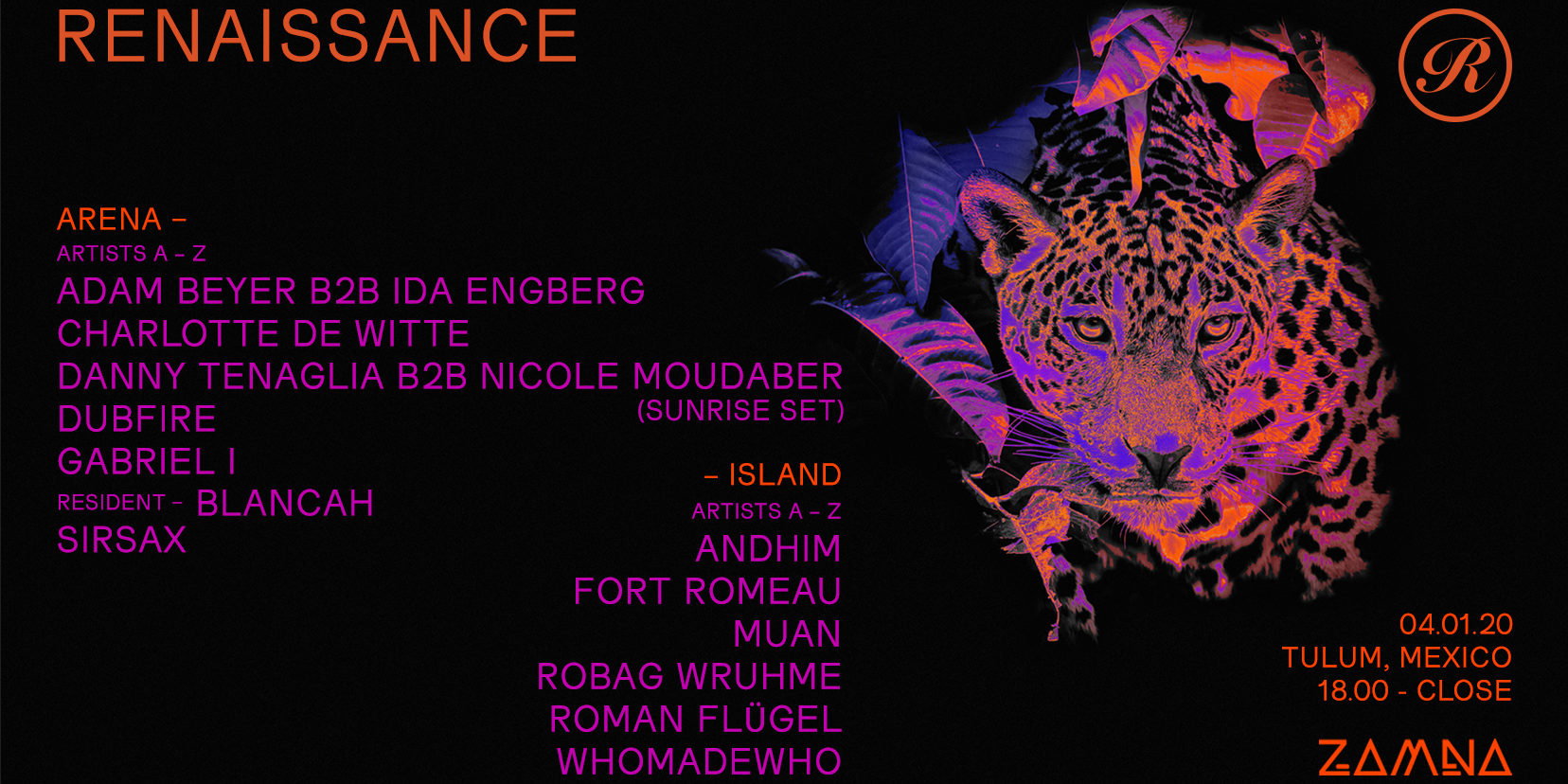 The event starring the legendary international brand will take place on Saturday, 4th of January at Zamna Tulum.

Adam Beyer, Charlotte de Witte, Danny Tenaglia, Dubfire, Ida Engberg, HVOB, Robag Wruhme and WhoMadeWho are some of the names that form this never seen before line-up in Mexico.

Renaissance is one of the most iconic clubs in the British electronic music scene. Founded at the beginning of the ‘90s it was where artists such as Sasha and John Digweed placed themselves in the international scene. Renaissance proved very soon that the borders weren’t an obstacle, becoming one of the electronic music labels and brands with the biggest presence in the entire world, including a residency in Ibiza. Now, Renaissance joins Zamna Tulum.

The event will take place on Saturday, 4th of January from 18:00h to 06:00h at Zamna Tulum. More than 12 hours during which the music won’t stop playing with a never seen before line-up  in Mexico that brings several international artists for the first time to the city. In fact, the action will be split between two stages, both located in Tulum’s jungle.

On one hand the Arena stage in which the audience will be able to enjoy performances by, Drumcode’s biggest representatives, Adam Beyer and Ida Engberg, Charlotte de Witte, which will be her first time in Tulum, SCI+TEC’s creator, Dubfire, and Danny Tenaglia, an artist that has been part of the scene for several decades now and is one of the audience’s favourites.

On the other hand, the Island stage with a line-up formed by HVOB, an iconic Austrian duo known for creating the new century electronic pop, the German artist Robag Wruhme, former component of Wighnomy Brothers and owner of a characteristic minimal techno and microhouse style, and WhoMadeWho, a Danish trio that have made of the experimental dance their main weapon to conquer audiences from all over the world. And on top of that, there are still more important names to be revealed.

With this new confirmation, Zamna Tulum keeps securing a surprising winter schedule that has no competition in Latin America.