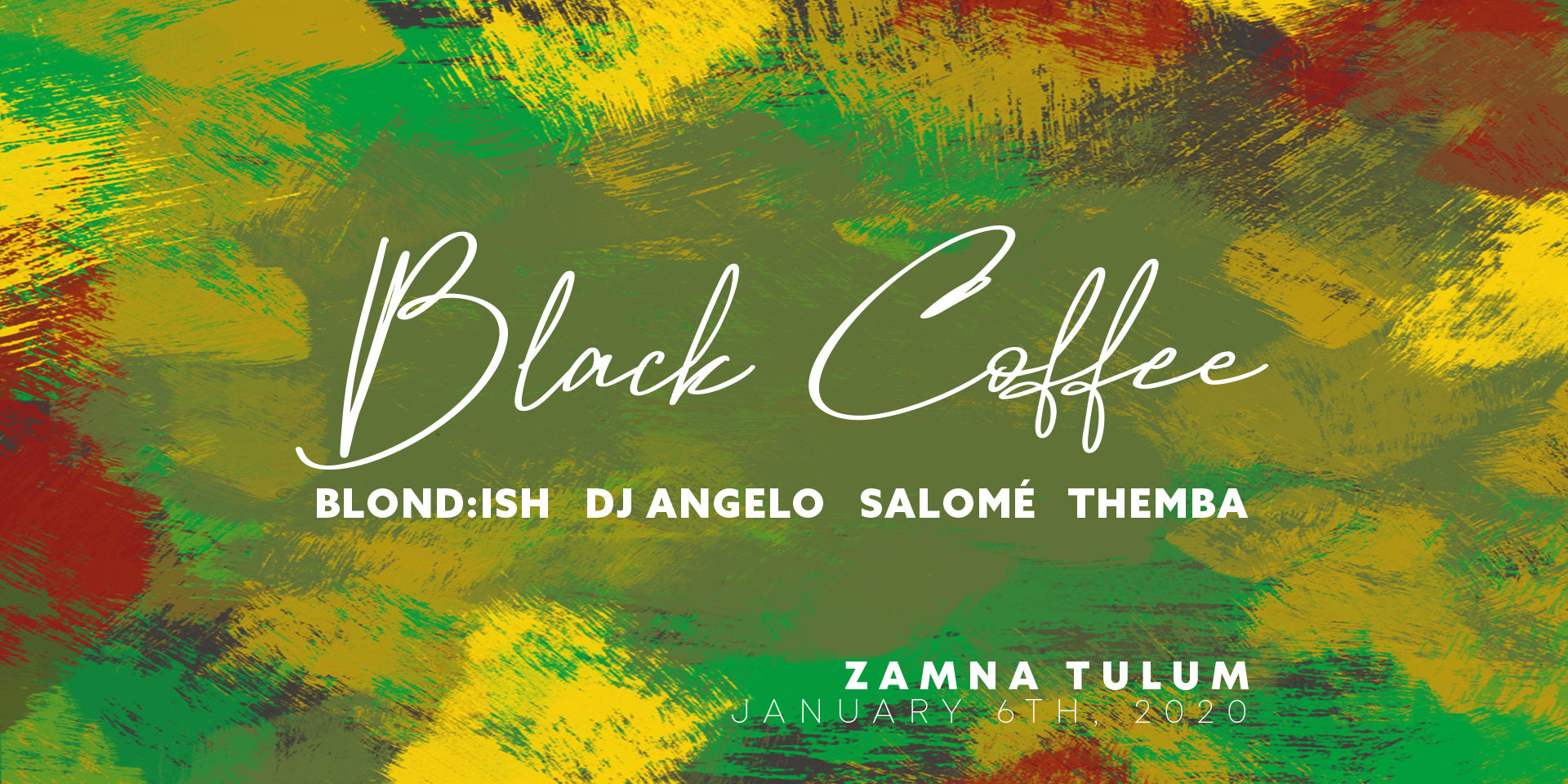 The event, that have confirmed also Blond:ish, Salomé and a B2B between Themba and Dj Angelo, will take place on Monday 6th of January.

Black Coffee is one of the most influential DJs and producers of the last years due to everything that he has achieved during his career, like being the first African DJ with a residency in Ibiza and leading one of the most successful parties on the white island. On top of that, his characteristic Afropolitan house style with deep traditional roots and his  fresh and avant-garde future thinking, has really caught the attention of all electronic music lovers. The South African Black Coffee is an icon, a living legend that in each and every one of his performances and productions contributes to consolidating a unique sound.

His performance will take place on Monday 6th of January with Blond:ish, Salomé and a B2B between Themba and Dj Angelo, with this new confirmation Zamna Tulum continues holding its position as the  epicenter of the Latin American electronic music scene. Other exclusive events of this new season have already been announced, confirming the participation of brands and artists such as XX Winter Beach Festival with Paul Kalkbrenner, Damian Lazarus, Guy Gerber and Diplo; Afterlife with Tale Of Us, Adriatique, Mind Against and Keinemusik, Live Music Festival with Bob Moses, HVOB, Eagles & Butterflies; and many more artists to be confirmed.