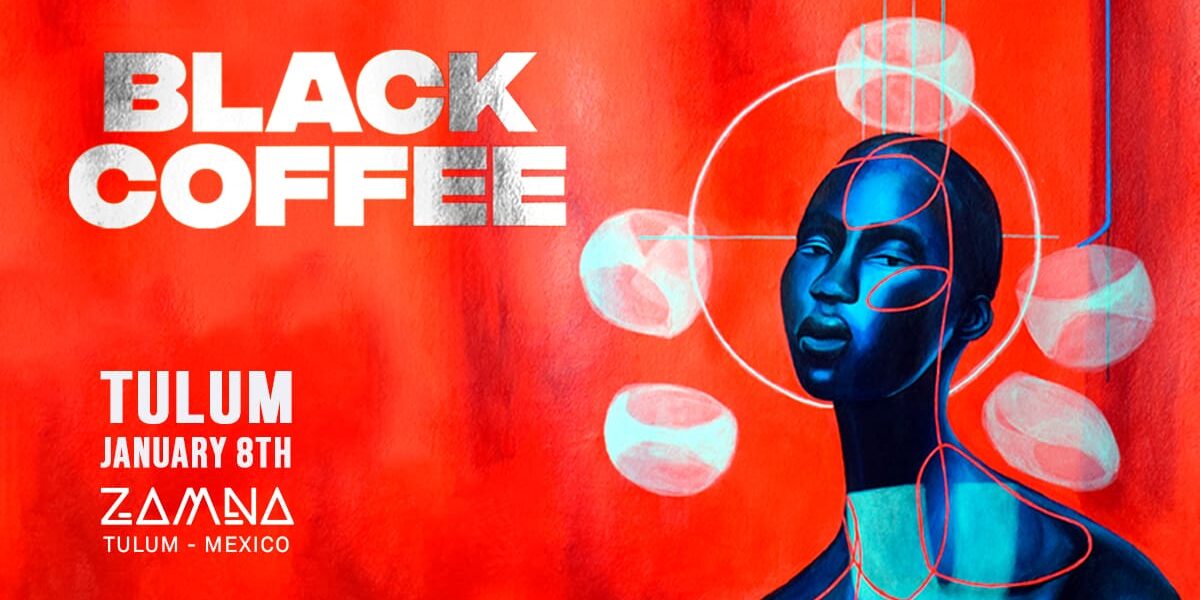 Black Coffee returns to Zamna Tulum for one more year. It will be the night of January 8th, where all the energy of the most avant-garde Afro-house music will flood Tulum until dawn.

In addition to the already planned program of events for the Zamna Festival, in the paradisiacal Tulum, the organization has announced an intimate event with one of the most influential figures in the contemporary electronic scene, Black Coffee.

The event spearheaded by the South African superstar will take place on January 8th, 2022, the ninth day of the festival, in the impressive cenote Zamna. The extended schedule for this event will be announced shortly.

Tickets are already on sale here.

Black Coffee is one of the most influential DJs and producers in recent years. He has managed to be the first African DJ with his own residence in Ibiza, leading one of the most successful parties on the island. His characteristic Afropolitan house style, with deep roots in tradition and a fresh avant-garde look, has caught the attention of all electronic lovers. In addition, he recently announced his new album, ‘Subconsciously’, with incredible collaborations from the likes of Pharrell Williams, David Guetta, Diplo, Usher and Angelos.